Somnath – All that you need to know about the historic pilgrimage temple in Gujarat before you visit!

One can find the reference of this temple in ancient texts such as Shreemad Bhagavat, Shivpuran and Rig-Veda which also proves its importance.

In this blog, we will also share the important things about its past. We will share much detailed information which will help you while you plan to visit Somnath.

If we turn back to the history of the Somnath temple, we get to know that it is related to the Moon and Lord Shiva. After Moon (Chandra) married the twenty-seven stars, Daksh Prajapati cursed his son-in-law, Moon (Chandra). In a rage, Daksh cursed him that he would lose his Kala (Art) every day and decrease in size till he becomes invisible. Later, Brahma told Chandra that if he worships Lord Shiva, he can get his way out of the curse. Chandra meditated and prayed to Lord Shiva and Lord Shiva gave him a boon that he will grow back to his original size.

In the present day, the place where Chandra worshipped Lord Shiva is known as Somnath, which means the ‘Lord of Moon’. As a belief, the moon is the brightest in Somnath. The temple also has a Kund (pool) which the Devas had created. Devotees from all over the world visit here to take a dip in this pool. People believe they can wash away their sins by taking a dip in this pool.

Somnath offers a pleasant climate throughout the year. This is the reason people from all parts of the world keep visiting here all through the year. But to make it simpler, we have listed below the type of weather that prevails during different seasons of the year.

The ideal time to visit Somnath is from October-March. This period offers a pleasant and cool atmosphere to the visitors.
During Mahashivratri, people visit Somnath temple in crowds around February month. The spirit of pious people and the divine atmosphere is a must experience.

How to reach Somnath

There are many budget and luxury hotels located near Somnath. However, you can also opt to stay near Gir National park which is located just 45km away from Somnath temple. Gir National Park is known as the last home of Asiatic Lions and attracts thousands of visitors every year just to get a glimpse of the majestic animal. Hotel Anil Farmhouse is a popular and premium holiday destination in Sasan Gir that serves to the needs of budget as well as luxury travelers.

This luxury wildlife resort is situated beside the river Hiran, surrounded by the meadow of Gir Jungle. It gives you a calm and serene yet unique and unforgettable stay experience such that you will definitely come back for more stays with us.

We are just a phone call away! Contact us for your stay requirements! So, it’s time you pack your bags and visit Somnath temple to seek divine blessings of Lord Shiva. 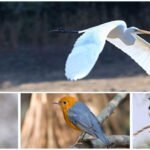 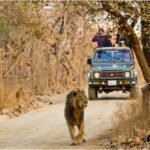 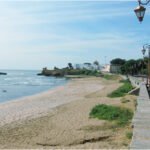